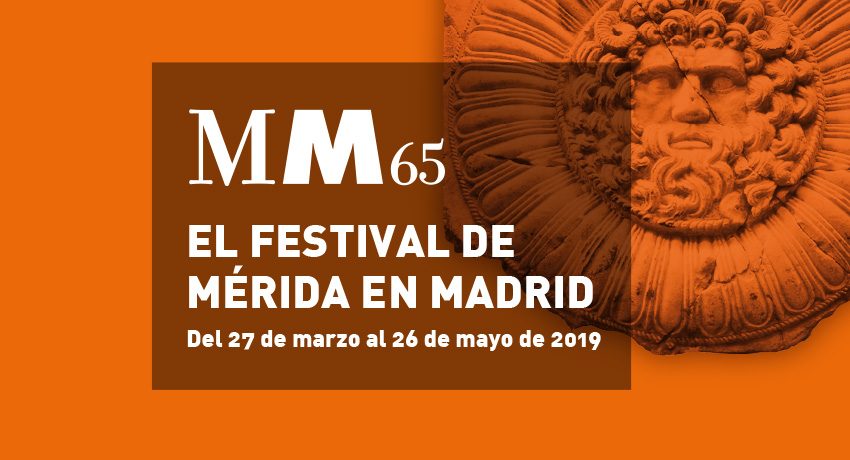 The Festival of Mérida in Madrid

The Mérida International Classical Theatre Festival is presenting the fourth edition of the Festival of Mérida in Madrid. On this occasion, the pieces chosen to participate in this extension of Mérida’s festival in the capital city were performed at the 64th and 63rd editions held in 2018 and 2017, respectively.

For Jesus Cimarro, director of the Festival of Merida, “It is essential to maintain this extension in Madrid as it allows us to emphasize and perform some of the most interesting Greco-Latin or Greco-Roman productions performed in Mérida for the audiences who are not able to travel to Extremadura”.

At this edition, the La Latina and Bellas Artes theatres will be opening their doors to three tragedies (‘Nero’, ‘Hippolytus’ and ‘Viriathus’’), a comedy (‘The Crazy, Crazy Story of Ben-Hur’) and a musical (‘La belle Hélène’).

Nero could be considered the artist emperor who loved culture and all the arts. But this does not mean he was not at the same time a cruel tyrant and despot, as was usual in his time, capable of murdering his mother Agrippina, her British stepbrother, his first wife Octavia and, in some way, his second wife Poppaea. He then married a slave whom he ordered be castrated and dress like the recently deceased empress. This was because of his wish to survive history’s judgement of him as an artist: he sang, played the lyre, composed verses, recited and performed plays. And he brought the Olympic Games back to participate in them. He was also responsible for the first major persecution of Christians, whom he blamed for the fire in Rome. This piece shows how throughout history people have always made the mistake of allowing the tyranny of bloodthirsty madmen due to the actions or omissions of those who are close to these tyrants.

Eris, the goddess of “discord”, provokes a tournament to discover which of the three goddesses of Olympus is the most beautiful: Athena, Aphrodite or Hera. The judge is a shepherd named Paris. In order to win the title of the most beautiful, Aphrodite promises the shepherd to grant him the favours of the most beautiful woman in the world: Helen, Queen of Sparta. Conflict comes when Eris plays with everyone’s destiny in order to fulfil the goddess of love’s promise. Paris will have to fight beautiful Helen’s husband: Menelaus; but also the high priest Calchas and the kings of Greece Agamemnon, Achilles and the two Ajaxes… and yet the worst happens when he ends up absolutely in love with the unique and sensual Helen.

Rome names Viriathus amicus populi romani as a reward for the mercy the Lusitanian leader demonstrated upon pardoning General Servilianus and his men from death. A period of peace begins for Viriathus and his people. But Caepio, the new consul, is not willing to consent to a barbarian bursting with pride at having forced Rome to sign a treaty. With the Senate’s connivance, he breaks this peace treaty. Viriathus becomes a symbol for Rome’s enemy tribes and Caepio tries to demonstrate that there is no symbol strong enough Rome can’t break, even if by treason…

Ben-Hur is full of ingenuous visual gags, sarcastic and absurd dialogues and an interesting reflection of the truth, love and the gender battle. Four actors and two actresses in a state of grace bring a number of characters to life to once again tell what nobody dared tell about Ben-Hur and, this time, uninhibited. Because, in this story, things aren’t what they seem. Better said, in this story, things are what they seem…