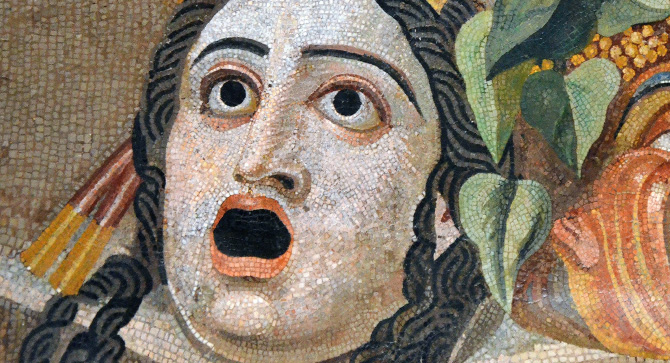 Many years ago I read the definition of classic art given by a famous Hellenistic scholar whose name I can’t remember now: “A work is classic, (he said) when it doesn’t bear any sign of the effort involved in the entire creative process”. In that case, I thought, only the sunset is classic, or the majestic flight of an eagle gliding through the infinite sky or the dance of the stars in the universe. In short, something always inaccessible to mortal artists.

Last year on a visit to the Acropolis and the Parthenon, at the Museum I saw some Caryatids nearly four metres tall. They were perfectly carved on the front and back. The curls of their hair were beautiful, harmonic, and magnetically attracted my gaze. Later I found out the back part was designed to be placed against the wall of a temple. However, the details had been carved with the same care and beauty as on the front, in principle, the only part that would be visible. And then I remembered the Hellenistic scholar’s definition of classic art, understanding he was referring to an attitude: the work is classic when it is born of a deep respect toward what one is doing, beyond the faithful result embodied in an object. Life is art and life is classic. The process of creation is the game itself of life in motion. This innocence is what I perceived in Aeschylus’s Prometheus Bound. Distant magic and tension-free rhythm. This is without any doubt a classic that is born of the same sacred innocence embodied in those Caryatids. And I fell in love with Aeschylus. And he made me hallucinate. And I invented another Aeschylus. And I played with him. I’ve bathed in the spring of Greek tragedy with the pretext of this performance. Now I’m hoping for a spring with Apollo’s flower blooming in the woods to the sound of Dionysus’ flute, which reminds me of Krishna’s, the god who plays and dances with shepherdesses; nature is art and nature is the spirit!

This show is a Spanish comedian’s gaze on Greek tragedy, a comedian who has survived and survives to make his audience laugh non-stop. I don’t know what the result will be, but at the moment…I’m happy. And I hope you’ll enjoy it. 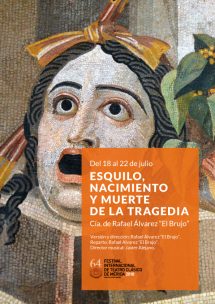