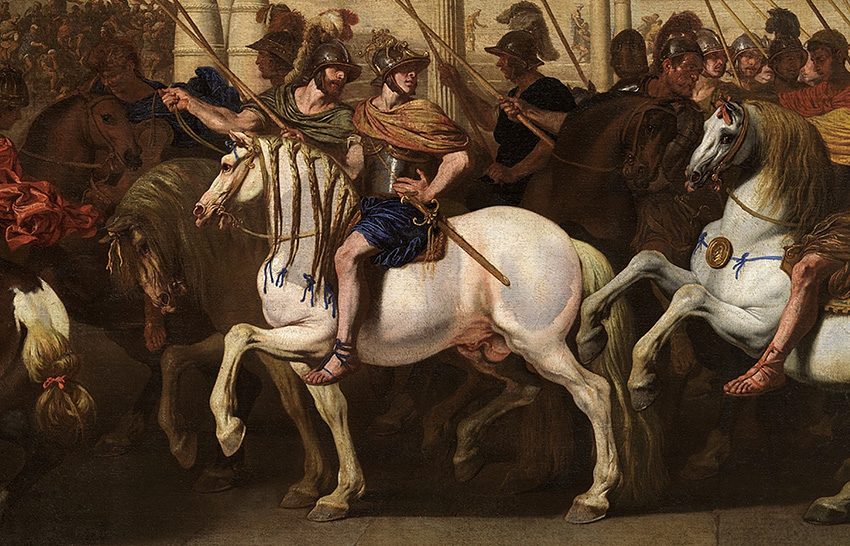 After ten years of war, Titus Andronicus finally returns to Rome victorious and with Tamora, Queen of the Goths, and her three children as prisoners. After sacrificing the oldest of them as ordered by sacred rites, Titus only aspires to seek peace and rest because under his rough triumphant general exterior is a man with a spirit worn by the harshness of battle and the early deaths of most of his children. Only five remain by his side and, out of all of them, he cannot hide his devotion to Lavinia in whom he sees hope for a future that may be able to escape the violence that has accompanied him throughout his life.

The calm will not last long however: he will be immediately forced to intercede in the political intrigues between Bassianus and Saturninus, two brothers confronted by their right to the crown of the Empire. Titus’s vote in favour of Saturninus quickly leads to a fatal chain of events that will always converge in an instinct as universal as it is dangerous: vengeance.

Titus Andronicus is said to be Shakespeare’s most violent and most brutal work. And, number-wise, it undoubtedly is: there are a number of murders, there are mutilations as well as a rape. But what makes this text fascinating are not all the violent acts but rather the mechanisms that lead to such violence and the extent to which it is exercised. How do the characters, irrespective of their motivations (or justifications), use violence to the greatest extent their wit and circumstance allow? Why do they not stop? Why do they not seek a mechanism of justice? Perhaps it’s because their personal pain makes them lose all perspective or just maybe there is an even darker instinct. Perhaps they inflict all that pain because they can.