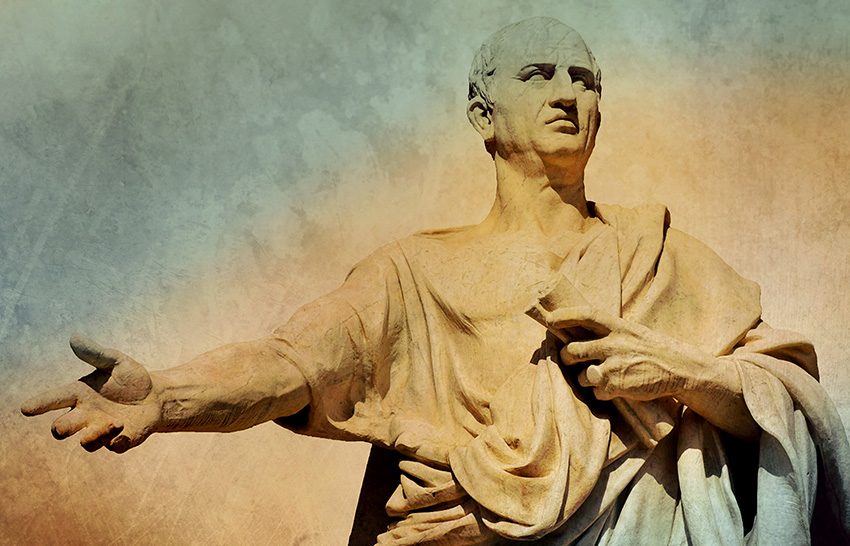 Viejo amigo Cicerón is a play about the famous Roman orator, a main figure in the intense fighting and violent transformations that occurred in the first century before our era. José María Pou plays Cicero, personifying the moral integrity of a man who sticks to his political convictions even in the most adverse of circumstances.

Marcus Tullius Cicero is, thus, presented as an exceptional politician in a world of petty personal ambitions, disloyalties and minor compromises which were so inherent to public life back then. A politician, jurist, orator, philosopher, disseminator, he could have incarnated Terence’s famous maxim as nothing human seemed alien to him.

In any case, this performance offers characteristics which are inherent to the world of men and women in our days; so much so that the text features concise and colloquial modern expressions in the play, which is mainly intended to arouse civic debate in the most Cicerian way at this historic point in time that is as worrisome as the period in which Marcus Tullius Cicero lived. Accompanying him on this fascinating voyage are his loyal secretary Tiro and his beloved daughter Tullia. 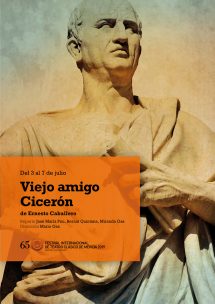