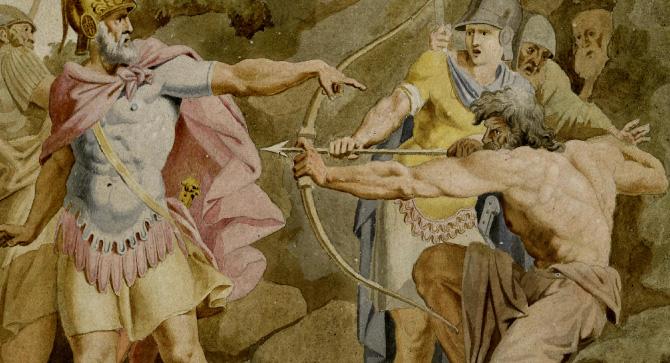 According to legend, Philoctetes, one of the Greek heroes on the expedition to Troy, was bitten on a foot by a snake. It is said that his infected wound poisoned the air and his piercing screams of pain tormented his companions. So the hero was cruelly abandoned to his fate by the Greeks on the desert island of Lemnos.

Ten years later the Greek army still hasn’t conquered Troy. As the Greek warlords knew, according to the old prophecy, it was not possible to conquer Troy without the help of the most powerful weapon: Philoctetes’ bow, inherited from Heracles, and they decide to recover it by returning to the island where the tragedy hero had been abandoned.

This is where Sophocles’ text begins, his last tragedy, a work of intrigue, bloodless, with a perfect dramatic construction where suspense grows as the plot thickens. A Hitchcock-like Sophocles.

In the Archaic period the cry for justice emerged at the religious, ethical and political levels. The equality of human destinies was defended, in the sense that everybody’s life is balanced in terms of good and bad luck.

In this tragedy we are presented with a character who seems to have been cruelly mistreated by destiny. The injustice of Philoctetes’ fate puts the audience on his side. He is the scapegoat, the outcast, the pariah, treated with merciless cruelty. It hurts because, what’s more, this character is far more morally superior to his peer executioners, who are real rogues.

The play will refer today’s audience to the impunity with which certain people can use justice and power to their own advantage, without ceremony. “The end justifies the means”, whatever the cost. 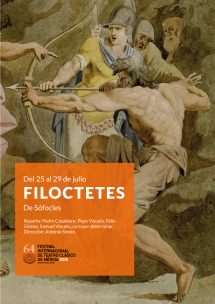