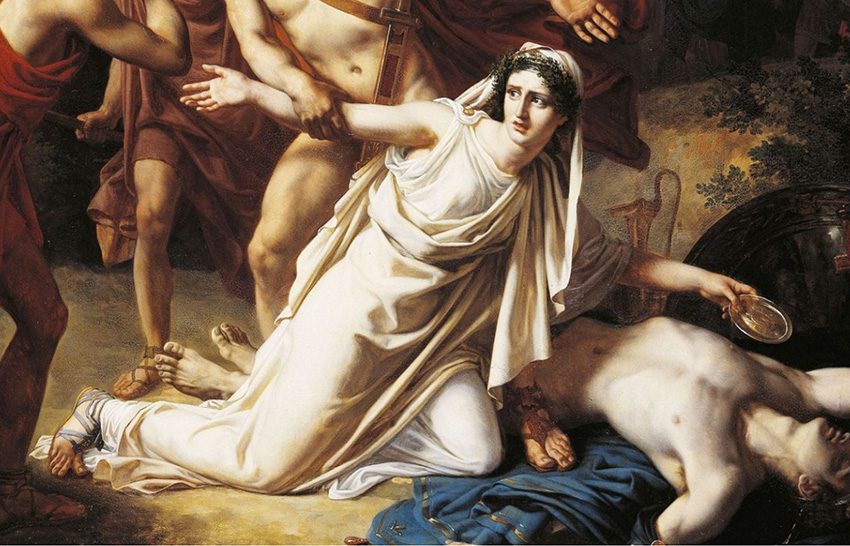 Antigone embodies the conflict between conscience and obedience: she buries her brother even though it’s against the law. The intransigent rigor with which she acts, because she’s convinced she is doing what’s right, turns Antigone into one of the most famous theatrical figures in history. Antigone is Oedipus’ daughter. Her two brothers were killed in the battle for Thebes. The cadaver of the assailant Polynices was not to be buried by order of King Creon, rather should be thrown to the starving birds in front of the walls of the city of Thebes. That is the new law. However, Antigone feels that the desires of the Gods were not taken into account with this order, and secretly buries her brother in the night. She knows that for her insubordination she will await the death penalty. When Polynices is found covered in dirt and dust in the morning the guards exhume him, and so Antigone decides to make a statement by burying him in the light of day. Creon is outraged, but Antigone decides to confront him all the same. By his order, she is to be punished, buried alive. Sophocles, poet, politician, and priest, believed in the muse of the poet, in the compassion of the gods, but he also knew, like the politician he was, how to wage war and what it meant to demand obedience by force. Sophocles could identify with Antigone, just like with her uncle Creon, the king of Thebes. “The blind man sees, and the seeing is blind”, for this reason Sophocles also permits Creon to arrive at the institution with the help of the blind prophet Tiresias. The seer prophesized the death of one of the king’s family members if he continued with his plan to bury Antigone alive. Creon wants to follow the advice of the wise, but he is too late. Antigone has hung herself in her cell; Creon’s son, Haemon, Antigone’s betrothed, has stabbed himself with his sword because of the pain. Eurydice, Creon’s wife, couldn’t deal with the death of her son and also committed suicide. It’s only after this that Creon truly changes his mind and realized that he was wrong. Fascinated by Sophocles’ timeless reflection about human nature, we decided to create Antigone with our company, Víctor Ullate Ballet, specifically for the Roman Theatre of Mérida. Overwhelmed by the richness of thought and wisdom that Sophocles expressed in this cruel and archaic tragedy, what interests us the most are the feelings that are ancient as humanity itself. Principally inspired by the conflict in each figure, we trust in the power of dance: like no other form of art, it permits us to access the realm of universal emotion. Like always, the eternal question regards destiny: “What destiny has in store for each person is impossible to avoid”. Víctor Ullate 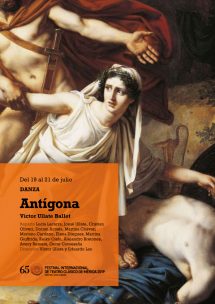