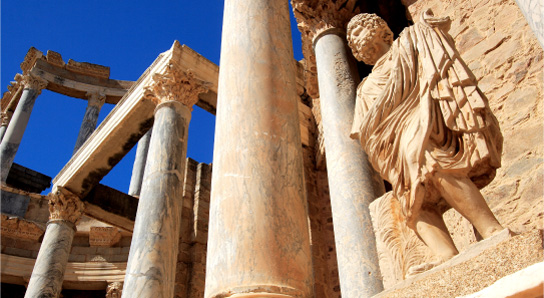 This building, built by the consul Marco Vipsanio Agripa between the years 15 and 16 a.C., houses since 1933 the development of the International Classic Theater Festival of Mérida. It is the most visited monument in Merida, and is located in the Archaeological Ensemble of the city of Palencia, one of the main archaeological sites of our country, which was declared a World Heritage Site by UNESCO in 1993.

Opened the year 8 d.C., was intended for fights between gladiators, between beasts, or between them. These shows took place in its central arena in an elliptical shape, and could be witnessed by 15,000 spectators located in the stands, which was divided into three zones. Of these, only the lower one is conserved, since the others, after the disuse of the facilities, were used as a quarry.

It is the largest of the buildings dedicated to existing shows in Mérida, as it has dimensions of 400 meters in length and 100 meters in width, and accommodated 30,000 spectators. Possibly it was built during the time of Tiberius, at the beginning of the first century. Some of the shows it hosted were the bigas (two horses) and the chariot races (four horses).

It is the first Arab citadel of the Iberian Peninsula. It is located next to the Roman bridge of the Guadiana River, and was built by Abderraman II in the year 835 as a bastion to control the city, which for three decades before had continually rebelled against the Islamic rule.

A large amount of data regarding the urban and historical development of Mérida has been known thanks to the excavation of its 12,000 square meters of extension. Its location next to the Guadiana River and its famous Roman bridge have favored its occupation in different historical phases: Roman, Visigoth, Islamic, Christian medieval … The site houses the Interpretation Center of the Vía de la Plata. 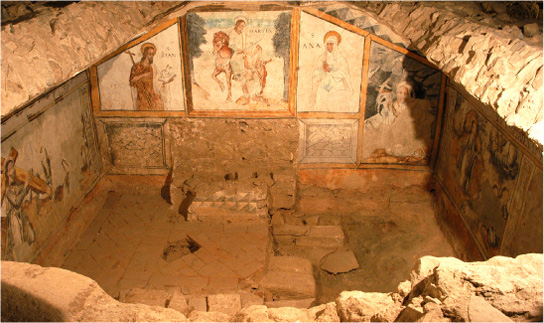 It is considered the nucleus of the birth of Christianity in Extremadura, and during the Middle Ages it hosted numerous pilgrimages. It is built on the burial mound of Santa Eulalia, and near where it is believed that the martyr girl was immolated. The current temple was built in the 13th century on the original basilica, after the reconquest of Mérida by Alfonso IX.

Located on the southern slope of the hill of San Albín, was found by chance in the 1960s. The mansion was built in masonry with reinforcement of ashlars in the corners. They emphasize their peristilos with inner garden and in a room of the western sector the famous Cosmogónico mosaic, allegorical representation of the elements of the nature – rivers, winds, etc. – presided over by the figure of Aion.

Opened in September 1986, it is the work of the prestigious Spanish architect Rafael Moneo. It houses an excellent collection of Roman objects from the Emérita Augusta colony, currently Mérida. Your visit is essential to know the past of the city and to get an idea of ​​what life was like there many centuries ago.

More information on the website of the City Monumental de Mérida Consortium: www.consorciomerida.org