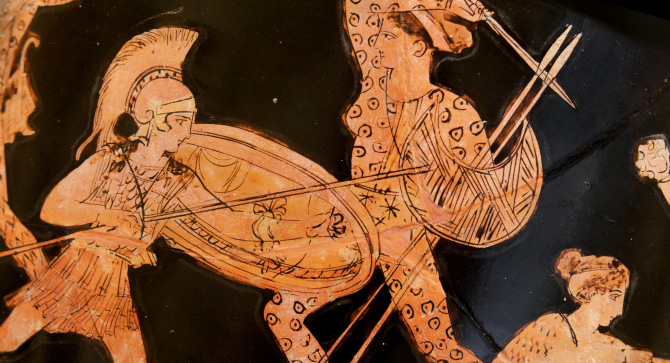 By Magüi Mira, based on Von Kleist’s Penthesilea

The Amazons, legend or reality? We don’t really know, and little does it matter. They have passed through history with the force of one of their sharpest spears, being a source of ongoing inspiration. In Homer’s Iliad; in the comic strip universe; in music, operas such as Schoeck’s Penthesilea; in the theatre with Heinrich Von Kleist’s Penthesilea; in the film world with the recent Wonder Woman… They continue present in our universe.

The myth of these warrior women still fascinates us. Women who, by force of arms, rebel against the physical abuse of men. Fed up of being subjugated, they create a new man-less state and a new law. They will only copulate with men they have defeated and hunted with a sole aim: procreate to maintain their female lineage. If males are born, they will die. Possessive love is prohibited. Falling in love is dangerous. A-Mazons. Breastless women. With only one breast. Female warriors trained in extreme hardship who decide to amputate themselves to be more effective. Role reversal is possible.

And Penthesilea appears transgressing the order, falling in love at Achilles’ feet. The High Priestess’ warnings carried away by the wind. Passion is ignited.

And so tragedy breaks out.

Thus, against a background of music, roaring elephants and howling packs of dogs, war songs and dances, here we have, in Mérida, Penthesilea and her three princesses, Asteria, Meroe, Prothoe, and the High Priestess with her choir of Amazons, and Achilles, with his two accomplice kings, Odysseus, King of Ithaca and Diomedes, king of Aetolia.

The Warrior Women’s army taking by storm a heart, theirs and ours, a heart full of contradictions, flooded by a torrent of questions. Is love an insatiable tiger that poisons reason? Can we escape its voracity? 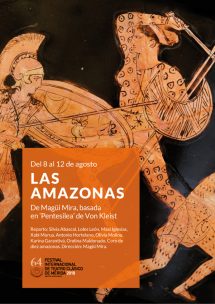