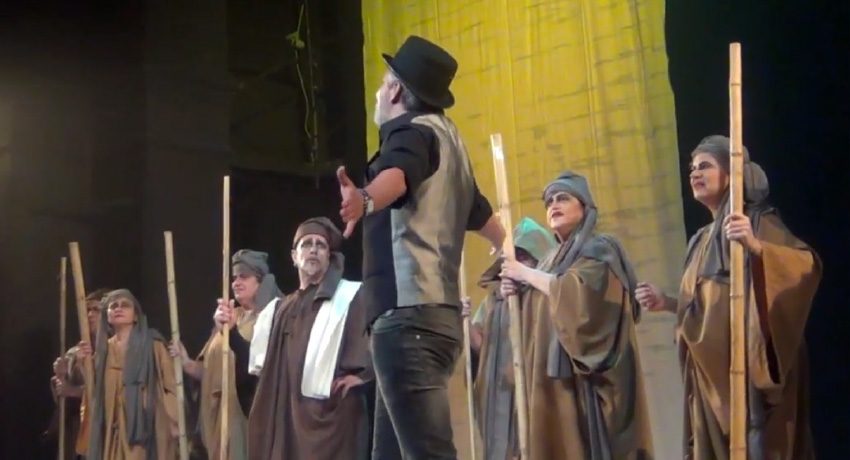 In the Temple of Diana

Aphrodite, by the Canary Island-based theatre company Antígona, one of the cultural associations supported by ONCE and comprised by blind and visually-impaired actors, aims to promote inclusion in the culture and make the Festival of Merida an inclusive event.

Aphrodite is a comedy starring a Greek choir whose existence becomes endangered when one of its members, tired of being a poor actor and without any expectations of success, decides to make his way in cinema. Fearing that others will abandon the group and put its continuity in danger, the oldest members of the company decide to invoke the great Aphrodite, goddess of love, to seduce him and make him err in his endeavour. The hero will have to face a great test that will lead him to filming the shattered firmament.